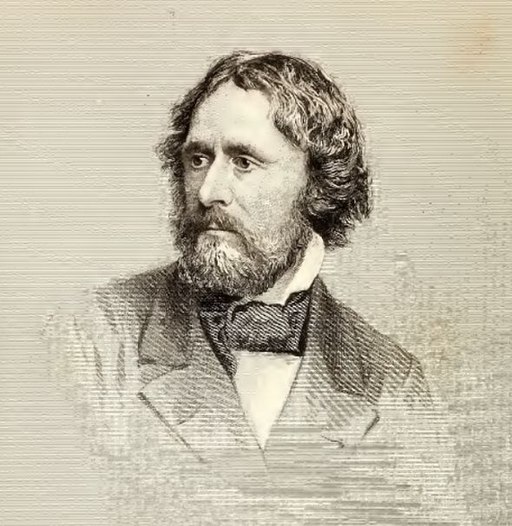 One of my favorite characters in Nevada history is John C. Fremont, leader of the first and most significant exploratory expeditions through the Great Basin. He and his party were the first non-Indians to lay eyes upon such wonders as Pyramid Lake, Lake Tahoe and the fertile valleys that we now know as Nevada. It will take more than one article to tell about Fremont and the many things he has done. The series will conclude with the amazing story of the discovery of the elusive cannon abandoned by Fremont during his 1844 crossing of the Sierra Nevada Mountains.

John Charles Fremont (January 21, 1813 – July 13, 1890) was an American Military officer, explorer and the first candidate of the anti-slavery Republican Party for President of the United States. In 1841, Fremont married Jessie Benton, daughter of Missouri Senator, Thomas Benton, champion of the expansionist movement. The expansionists believed that the entire North American continent, including Mexico and Canada, should belong to the citizens of the United States.

Having considerable political clout, Benton pushed Congress to perform national surveys of the Oregon Trail, Oregon Territory, the Great Basin and the Sierra Nevada Mountains. This cause became known as Manifest Destiny. Through his power and influence, Benton was able to obtain for his son-in-law, John C. Fremont, the position of leading each exploratory expedition.

In his early years, Fremont attended the College of Charleston from 1829 to 1831. He was appointed a mathematics teacher aboard a navy vessel and became a lieutenant in the Corps of Topographical Engineers. Fremont led many surveying expeditions throughout the western territories in the 1830s. He first met frontiersman Kit Carson on a Missouri River steamboat in St Louis during the summer of 1842. Fremont was preparing to lead his first expedition and was looking for a guide to take him to South Pass. Carson offered his services and guided Fremont along with 25 men on a successful five-month journey.

From 1842 to 1846, Fremont and Kit Carson led expedition parties on the Oregon Trail and into the unexplored regions of the Sierra Nevada Mountains where Fremont was the first American to see Lake Tahoe and to map what we now know as the Great Basin. It was during these expeditions he searched for the legendary Buenaventura River, believed to cross through the Sierras to the Pacific Ocean. After finding there was no river crossing the Sierras, Fremont determined that the Great Basin had no outlet or river flowing to the sea and that the region was indeed a Great Basin.

As you may have noticed, there are many place names throughout the western states that have the name of Fremont. He is remembered by having cities, counties, schools and mountains named after him. In addition, he gave many geographic places the names we know today. He named the Carson River after his guide Kit Carson. Later Nevada’s Capital was named Carson City. When Fremont saw the 600’ high rock formation at Pyramid Lake, it reminded him of the Egyptian Pyramids, so he called the place Pyramid Lake.

Fremont was a prolific report writer who accurately described the areas he explored and published the reports to guide future travelers. His writings from one of his expeditions inspired the Mormons to consider Utah for their permanent settlement. Fremont’s “Report and Map,” published by Congress led to the publication of Joseph Ware’s Emigrant’s Guide to California. This became the travelers’ guide for the forty-niners through time of the California Gold Rush.

After Fremont’s remarkable explorations of the American West, he attempted to advance his military career and to dabble in politics. As it turned out, he was much better at being an explorer and pathfinder than he was at either military or political pursuits.

During the Mexican-American War, Fremont led the California battalion to capture the cities of Santa Barbara, San Francisco and parts of Los Angeles. He signed the Treaty of Cahuenga, which ended the war in California. After the war, he received the military governorship of California, but when he later refused to give up the seat, he was court marshaled and resigned from the military in 1848. He then served as a senator from California from 1850 to 1851, and ran unsuccessfully for president of the United States as the first Republican Candidate in 1856.

At the outbreak of the Civil War, President Abraham Lincoln appointed Fremont a major general on May 15, 1861. After Fremont made an attempt to bring Missouri into the Union Cause, Lincoln feared his actions would push Missouri to join the Confederacy. Lincoln reassigned Fremont to Virginia where he made a failed attempt to defeat Stonewall Jackson’s army at the battle of Cross Keys. Fremont was relieved of his command as a result of his own request, and never again received a command. After the Civil War, Fremont served as the territorial governor of Arizona from 1878 to 1887.